Dr Gabrielle Walker is an expert on climate change. She has been a Professor at Princeton University, and an author of four books which include Antartica, Hot Topic, Ocean Of Air and Snowball Earth. She has also made BBC Documentaries such as Every Breath We take and The Secret Life Of Ice. 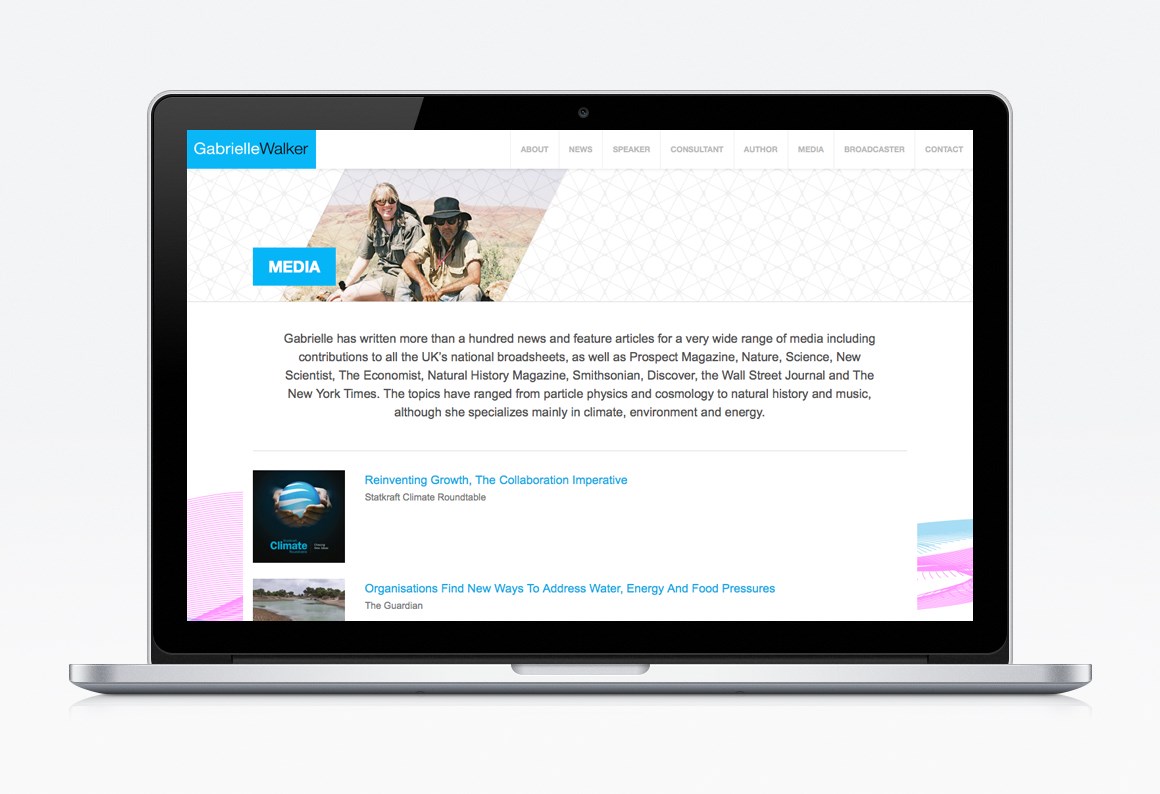 Having such an academically accomplished and famous client was an absolute treat for us! We were tasked with presenting her achievements and projects in a responsive layout. The challenge was met and we accomplished both an elegant and functional show piece.